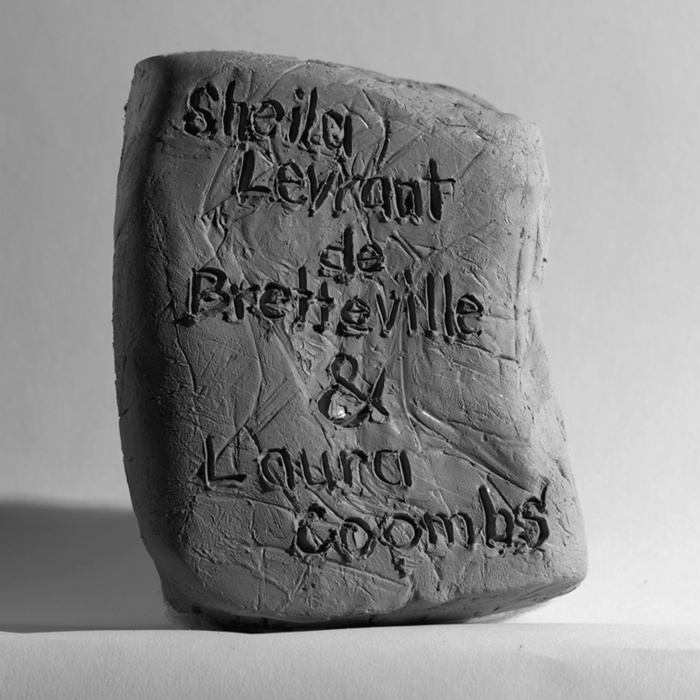 In continued celebration of its 150th anniversary and its status as a co-educational institution, the Yale School of Art will launch its spring public lecture series on the evening of January 22 with a conversation between renowned designer, Caroline M. Street Professor of Graphic Design, and Woman’s Building co-founder Sheila Levrant de Bretteville and recent alumnus Laura Coombs. In a presentation of her and her students’ work, de Bretteville will touch on her seminal contributions to contemporary feminist design, engaging Coombs and audience members in conversation to reveal a range of perspectives with regard to gender, design, and the diversity of ways designers and artists find, and ultimately become themselves, through their work. The School of Art faculty and students recognize and acknowledge human differences and have created ways to bridge borders not only while here at Yale, but also through work in the space of cities here and abroad. This year marks the beginning of de Bretteville’s third decade as Director of the School’s Graphic Design program, during which time she has mentored hundreds of students who each in their own way are continuing to shape, change and develop the trajectory of this ever-expanding field. One such student was Laura Coombs, who received her MFA in 2017 and currently serves as Senior Designer at the New Museum of Contemporary Art in New York.

The School of Art underwent a radical incorporation of design principles in the mid-twentieth century, shortly after the arrival of Josef Albers in 1950, who infused the School’s MFA program with interdisciplinary concepts formed at the Bauhaus. But it would still be four decades before de Bretteville became the first tenured woman in the School’s history when she succeeded Alvin Eisenman as Director of the Graphic Design department in 1990. Her cross-generational conversation with Coombs on the overdue inclusion of women will also consider those not in the room: designers and artists still facing exclusion and marginalization on the basis of identity and diverse human and creative differences.

De Bretteville graduated from the School of Art’s Graphic Design program in 1964, and she holds honorary degrees from the Maryland Institute College of Art, California College of the Arts, Moore College of Art, Otis College of Art and Design, and the California Institute of the Arts. Before opening the Sheila Studio in 1970, de Bretteville worked as a designer for Chanticleer Press, Yale University Press, and Olivetti Pubblicità in Milan. In 1971 at the California Institute of the Arts, she created the first women’s design program and, in 1973, co-founded the Woman’s Building and founded its Women’s Graphic Center in Los Angeles. In 1981 she initiated and chaired the Department of Communication Design at Otis Art Institute of Parsons School of Design. Her design work in books, magazines, and newspapers includes The Motown Album, a redesign of the Los Angeles Times, and special issues of the Aspen Times, Everywoman, American Cinematographer, and Arts in Society. Her work has been exhibited in Graphic Design in America: A Visual Language History at the Walker Art Center; in Now Dig This! Art and Black Los Angeles 1960–1980 at the Hammer Museum and MoMA P.S. 1; and in WACK! Art and the Feminist Revolution at the Museum of Contemporary Art, Los Angeles. Her posters and fine press editions are in the special collections of the Museum of Modern Art in New York, the Victoria and Albert Museum in London, Centre Pompidou in Paris, and numerous university and public libraries. The American Institute of Graphic Arts‎ awarded her the prestigious medal for leadership in 2004, and designated her a “Design Legend” in 2006. In 2010 she was named Yale School of Art’s Caroline M. Street Professor of Graphic Design.

To commemorate the School of Art’s sesquitennial, Stavros Niarchos Foundation Dean and Professor of Art Marta Kuzma commissioned de Bretteville and Coombs to create an anniversary mark that both celebrates and conveys the profound history of the School. Rather than creating a singular symbol, the designers collected a range of 150 interchangeable marks constructed with typefaces made by students, alumni, and faculty of the School of Art.

Intended to honor the diversity within gender among designers and artists, the mark includes a background color field which blends from pink to lavender to blue. The designers expect to add other ranges of hues and letterforms to the mark’s ongoing development, in a statement on the continued and ever-developing trajectory of design and art history. “By collecting 150 typefaces drawn by Yale School of Art graphic design students, alumni, and faculty, and placing the words against a blended color background,” said Coombs and de Bretteville, “our intention is to create a visual statement of unending potential and accomplishment among past and future generations continually at work here at the Yale School of Art.” In their conversation, de Bretteville and Coombs will share the challenges they’ve faced in design, the impetus for the 150th anniversary mark, and what they see as the relationship between design, gender, and identity.

In addition to serving as an insignia of celebration, the 150th mark has also been, and will continue to be, used throughout the 2019-2020 academic year as the visual element anchoring an extensive series of public talks and engagements celebrating the School’s 150th anniversary. The Autumn Lecture Series welcomed scholars Nancy Fraser and Dr. Ramon Amaro, as well as alumni and artists David Reinfurt and Jessica Stockholder. In November, the School’s first known woman graduate of color, acclaimed artist Barbara Chase-Riboud, spoke with Professor of Poetry Claudia Rankine and Dean Marta Kuzma as the honorary lecturer of the 150th year.

This January talk on design’s myriad untold histories is the first in the upcoming 150th Spring Lecture Series. Future events and initiatives celebrating the Yale School of Art’s 150th year will be announced throughout the spring and summer of 2020. Visit art.yale.edu/150th for all information regarding upcoming anniversary programs.

The 150th Anniversary mark and identity were created by Sheila Levrant de Bretteville, Caroline M. Street Professor of Graphic Design, Director of Graduate Studies in Graphic Design, MFA ‘64, and Laura Coombs, MFA ‘17 and Senior Designer at the New Museum of Contemporary Art.
About the mark >>

For more information, read Sheila Levrant de Bretteville’s 1998 contribution to In Design beyond design: critical reflection and the practice of visual communication, published by the Jan van Eyck Akademie in Maastricht.

Sheila Levrant de Bretteville’s 1998 contribution to “In Design beyond design: critical reflection and the practice of visual communication”

On the Yale Calendar >>